The three accomplishments for which Thomas Jefferson wished to be remembered—the drafting of the Declaration of Independence, the writing of the statute for religious liberty in Virginia, and the foundering of the University of Virginia—give only a slight indication of his contribution to his country and of his many-faceted mind. Jefferson's long public service began two years after he was admitted to the bar in his native state of Virginia. Serving Virginia in the legislature and as governor, he was responsible for the passage of bills providing for separation of church and state and the prohibition of further importation of slaves. As a member of Congress he worked out our present monetary system. As minister to France he strengthened good will, concluded commercial treaties between the two countries, and kept home universities apprised of scientific discoveries in Europe. As Secretary of State he helped to formulate a policy of neutrality; as Vice-President he drafted the Kentucky Resolutions, a defense of states' rights; and during his two terms as President he purchased Louisiana, adding one million square miles to the republic, planned the expedition of Lewis and Clark, and founded a new political party. During his presidency, Jefferson extracted "The Life and Morals of Jesus" from the original Gospels. "I never go to bed," Jefferson said, "without an hour or a half hour's previous reading of something moral whereon to ruminate in the intervals of sleep."

Jefferson declared himself "an enthusiast on the subject of the arts." Valuing home and family more than all honors, he designed his own home, Monticello, and avidly plowed its acres. His plans for the capitol at Richmond were adopted with few changes, and these changes, architects agree, were not improvements. He also designed the first buildings for the University of Virginia. Having drawn plans for Washington, D. C., and having been partly responsible for L'Enfant's being engaged to lay out the city, Jefferson was the first President to be inaugurated there. 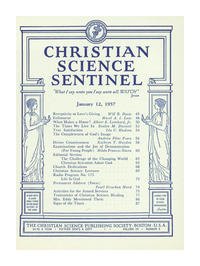