On December 12, 1943, the first really cold day of the winter, I was working at my wartime job as a shipfitter at New England's largest shipyard. For several days I had been installing "swash lids" on the fuel tanks of a large combat vessel. The fuel tanks of warships are scattered along the bottom of the hull, occupying space not utilized for other purposes, and separated from one another by bulkheads which are watertight and fireproof.

The most difficult and tiring part of my work resulted from this method of placement, as it necessitated much crawling through cramped areas and numberless small openings known as "escape holes." I had to pull an electric welding line over one hundred feet long to the many compartments where lids were required, to carry a welder's shield, an extension electric light cord, and a tool bag. 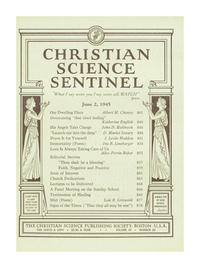