My dad recently handed me an old laptop he no longer uses. It was mostly in good condition, but it had a problem—messages would intermittently pop up on the screen, declaring that there were significant errors with the hard drive. After searching the internet for more information, I found a web page explaining that many computers come with a “Check Disk” program that corrects hard drive errors. So, following the instructions, I ran the program, waited for about half an hour, and voilà, the hard drive was fixed. No more errors.

I was impressed by the simplicity of this remedy. At first the problem had appeared quite serious, and I’m told it had been there for a long time. It turned out, however, that the tool required to fix the issue was actually built in to the computer itself. Once the program ran, the entire problem was eliminated—and with no fuss. 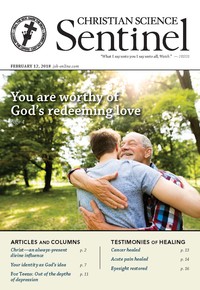