Adapted from an article published in The Christian Science Monitor, March 29, 2017.

Earlier this year, in a rare public appearance outside of the White House, first lady Melania Trump presented 13 women from around the world with the International Women of Courage Award, honoring their demonstrated courage and leadership in the face of adversity.

The award, given annually by the State Department since 2007, acknowledges the recipients’ work advocating for peace, justice, human rights, gender equality, and women’s empowerment, often at their own personal risk. More than 100 women from more than 60 countries have been recognized with courage awards in the past 11 years, according to the State Department. 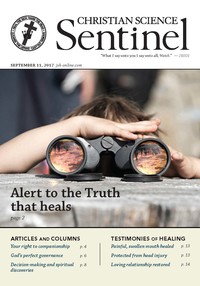