Back to the slopes

I ski very often, and occasionally with a group of my friends. In March of 2013 we decided to spend a day on the slopes of a neighboring mountain. The weather was crisp, and the snow “hard pack,” making the trails fast but manageable. We started skiing the outer trails first, and were starting to work toward the steepest. Near the base of one of the steeper runs, I remember seeing a “Slow” sign where two trails merged.

After that I remember being in an ambulance. I was told that another skier from the merging slope had accidentally run into me. I had been hit from the side and thrown into the stanchion, or support pole, that held up the chairlift. After that I’d lost my skis and rolled down an embankment of about 15 feet, where I finally stopped. When I regained consciousness, I didn’t feel pain, but I couldn’t raise my head. I was told I might have to have surgery, and that the paramedics wanted to airlift me to a hospital that was further away but had more available surgeons. 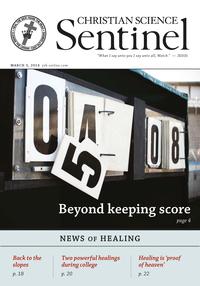