What I’d been looking for

Finding Christian Science was life-changing for me. When I was first introduced to it, I was serving in the United States Air Force as an automatic pilot and aircraft instruments instructor. When I was off duty, I enjoyed singing in various churches and clubs.

One day, a lady who partnered with me on the piano suggested I audition to be a substitute soloist at a branch Church of Christ, Scientist, where she was the organist. I wanted a steady singing job, but because of the orthodox religious viewpoints I had accepted since early childhood, I initially resisted this idea. 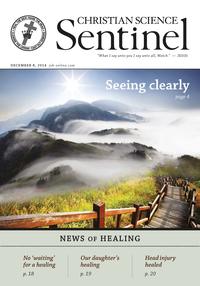