Several years ago, I stayed home from work because I was sick with the flu and felt miserable. I start my day with prayer, so that day I prayed and then opened the Bible at random, looking for some inspiration. My eyes fell on the command that we should pray for our enemies.

There was only one person I’d describe as an enemy, and as I thought of him that morning, I definitely didn’t want to pray for him. He was a man convicted of being a serial rapist, and the last woman he’d attacked was my very best friend. He was captured and was serving a 120-year prison sentence without the possibility of parole. During his trial, I sat a few feet away from him, listening as woman after woman testified. I felt then that if I could hurt anyone, I would hurt him. I didn’t want to feel that way, but that’s how I felt. 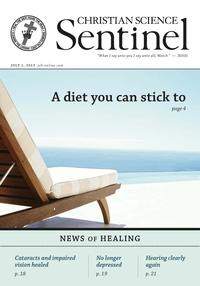