Rape: how to help heal the hurt and stop the attacks

A version of this article originally appeared on csmonitor.com

While rape has been a difficult subject for people to discuss openly, it concerns every man and woman. Euripides said, “When a good man is hurt, all who would be called good must suffer with him.” The rape of anyone, anywhere, is despicable; yet sometimes such news is met with indifference because sexual assaults occur every day throughout the world.

News earlier of gang rapes in India, and reports that gangs were being paid to rape women protesting in Egypt, show that we must address the issue if we would end it. Rape as a weapon of war must be stopped. And yes, there is something each of us can do.

Judy Cole is a Christian Science practitioner. She lives in Rochester Hills, Michigan. 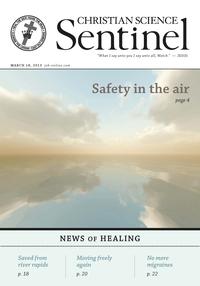