Racer bounces back after accident

George Pierce with contributions from Ellie

I have been an endurance athlete for more than 30 years, running and biking, often at world-class level in races, especially duathlons. In 2010, while riding my bicycle on a training ride, I was struck by a motorist from behind. I found myself lying on the roadside with paramedics asking me my name and birthday.

When I next awoke, I was at a hospital being examined by doctors and emergency staff. My wife called a Christian Science practitioner to support me with prayer. Later that night, my wife and two children visited me in the hospital, bringing that week’s Bible Lesson from the Christian Science Quarterly, which they read to me. 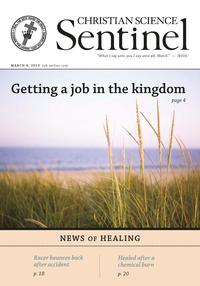