“How Thomas Jefferson created his own Bible” Smithsonian. January 2012.

Thomas Jefferson, together with several of his fellow founding fathers, was influenced by the principles of deism, a construct that envisioned a supreme being as a sort of watchmaker who had created the world but no longer intervened directly in daily life. A product of the Age of Enlightenment, Jefferson was keenly interested in science and the perplexing theological questions it raised. Although the author of the Declaration of Independence was one of the great champions of religious freedom, his belief system was sufficiently out of the mainstream that opponents in the 1800 presidential election labeled him a “howling Atheist.”

In fact, Jefferson was devoted to the teachings of Jesus Christ. But he didn’t always agree with how they were interpreted by biblical sources, including the writers of the four Gospels, whom he considered to be untrustworthy correspondents. So Jefferson created his own gospel by taking a sharp instrument, perhaps a penknife, to existing copies of the New Testament and pasting up his own account of Christ’s philosophy, distinguishing it from what he called “the corruption of schismatizing followers.” 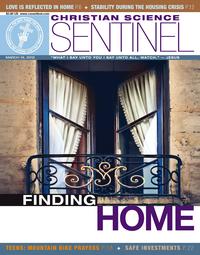