Throw off the chains of corruption

Transparency International, a global organization working to free the world of corruption, publishes an annual Corruption Perceptions Index that ranks almost 200 countries on a scale of 10 (very clean) to 0 (highly corrupt). The 2010 Index was published at the end of October 2010, and India was listed at 3.3. That was no surprise to the people of India, for earlier that month they had seen a web of corruption and bribery mar the Commonwealth Games that were held in New Delhi.

In the months following the games, it appears as if almost every week new cases of corruption are coming to light and making news headlines. Several politicians and ministers are being implicated and are under investigation.

Annu Matthai is a Christian Science practitioner who lives in Bangalore, India. 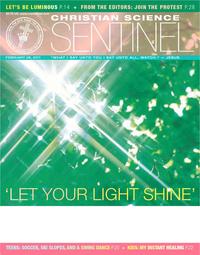