BY VICKI A. TURPEN

PEOPLE IN MANY PLACES around the world believe that women are chattel to be condemned and degraded. Human Rights Watch notes the prevalence of rape by the military in the eastern part of the Democratic Republic of Congo, where young girls are frequent victims. In parts of the Middle East and Africa, girls are still subjected to female circumcision as a rite of passage. In these and other areas, women have also been attacked with acid, imprisoned, and even killed for being seen in public without a male relative.

At the same time there are also visions of hope and opportunity. After many years of war, Liberia has found stability under Ellen Johnson Sirleaf, the first female head of state in all of Africa.Her ascension to power after many trials, including exile and imprisonment, was helped in large part by a movement called "Women of Liberia Mass Action for Peace," founded by yet another woman.

Vicki A. Turpen is an avid reader who has five children and 12 grandchildren. She lives in Albuquerque, New Mexico. 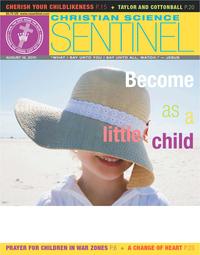