ARCHAEOLOGISTS claim to have found the world's oldest [Christian] church.... If tests confirm that it dates back to between 33 AD to 70 AD, as the archaeologists claim, it would make it the earliest known place of Christian worship by around two hundred years.

According to a report in the Jordan Times newspaper, a very early underground church was found beneath the ancient Saint Georgeous Church, which itself dates back to 230 AD, in Rihab, northern Jordan near the Syrian border.

Send a comment to the editors
NEXT IN THIS ISSUE
Poem
GOD MADE ALL HIS CREATURES FREE;... 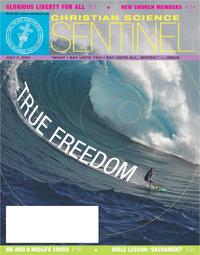