Prayer for a Russia in transition

As Russians Prepare to welcome their president-elect, Dmitri Medvedev, to his new post in May, surveys show that most of them desire a strong leader who will maintain the prosperity and stability they have enjoyed during President Vladimir Putin's two terms.

Since Mr. Putin took power in 2000, Russia's gross domestic product has quintupled, from $260 billion to $1.25 trillion. Its reserves—nearly $500 billion—are 12 times what they were in 2000. This wealth, fueled by a 10-fold increase in oil prices, has doubled real disposable income on average—though not for all. Inflation has fallen from nearly 20 percent to 12 percent, but prices have spiked in recent months. 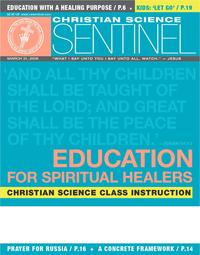