Many people are familiar with the popular Advent calendars that can be found in many stores this time of year. Starting with December 1, their little windows offer a kind of "count-down" to Christmas. But fewer people know that this time of the year was once referred to as a "lesser Lent," and was a time of penitence and prayer that even included fasting. It was a season of preparation for the coming of the Christ child but also for the "second coming," which among early Christians was felt to be imminent. People wanted to be spiritually prepared to meet Jesus when he came in glory.

The form of Advent evolved over the centuries, but crystallized as a four-week period, starting in late November or early December, during which some churches hold additional services or have special ceremonies such as the lighting of the candles in an Advent wreath. This time can include prayer, fasting, self-examination, and repentance. 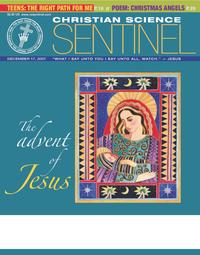