A LIGHT FOR THE WORLD

Unquestionably, she felt that there was a divine demand for this step to be taken. It was not a political step or an economic venture; it was not merely a journalistic enterprise; it was the result of a continuing unfoldment to her of what was needed for the redemption of mankind. In a draft letter to her editor and publisher, she wrote, "When I proposed having the weekly Sentinel students held back at first; they may hold back this time but I in the name of God direct you to do this" (L07146, Mary Baker Eddy to Archibald McLellan and Allison V. Stewart, May 3, 1908, The Mary Baker Eddy Collection).

Richard Bergenheim is editor of The Christian Science Monitor. 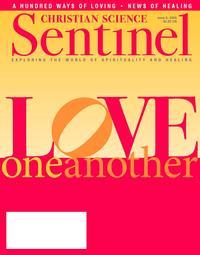