Bend it toward God

The new Association Football (called soccer in the United States) season is in full stride in Europe, and this year the whole world knows about it. Headlines trumpeting David Beckham's transfer from Manchester United in England to Real Madrid in Spain took care of that. And a movie, launched in the US in March, about a women's soccer team in Hounslow, near London, did the rest.

The film happens to be titled Bend it Like Beckham—the same Beckham of those news headlines. And even though his role in the movie is to be little more than a "poster-guy" for a football-crazy Anglo-Indian teenager named Jesminder, his spirit and skills illuminate this well-observed, amusing, heart-warming, family story. 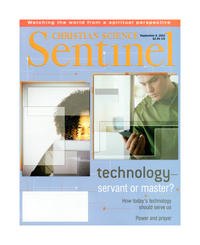