This is a good time

THE OTHER DAY I heard about an eight-year-old named Allison who was enrolled by her parents in private school to protect her from the ridicule and rejection she was getting at her local school. I guess the other kids didn't like Allison because of her family's religious faith. But changing schools didn't really shield her from the abuse. The kids simply met her school bus each afternoon, harassing her and spitting on her as she walked home. Eventually her family moved away.

Why did this little girl receive such treatment? I doubt she had done anything to offend the other children. I suspect they just were mirroring, in cruel ignorance, the intolerance and prejudice they saw their parents express at home. 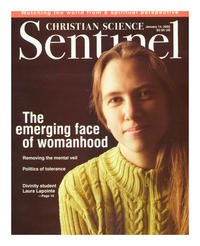