with contributions from Tom Bennett

SPEAKING ABOUT HIS EFFORTS to end apartheid in South Africa—a struggle that included 27 years in prison—Nelson Mandela said that among the characteristics he had come to hate during this time was "ignorance—and a person's inability to see what unites us instead of only those things that divide us."

Earlier in the interview, Mandela commented: "No country can really develop unless its citizens are educated. Any nation that is progressive is led by people who have had the privilege of studying. I knew we could improve our lives even in jail. We could come out as different men, and we could even come out with two degrees. Educating ourselves was a way to give ourselves the most powerful weapon for freedom." 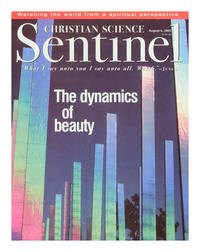