A politician who prays

Currently she participates in the activities of the National Liberation Party, which her late husband, President José Figueres Ferrer, founded. Ferrer abolished his country's Army in 1948, when he founded the Second Republic. She is also the president of the foundation that bears the name of her husband and which is dedicated to promoting disarmament, peace, liberty, and sustainable development. 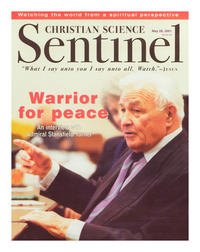