For a year I had fought an uphill battle with a member of my doctoral advisory committee in attempting to complete my dissertation. It seemed obvious that she did not like me and wanted to hinder my progress. I felt as if I had been cast into my own den of lions. Envy and professional jealousy were pacing and snarling; resistance and delay were crouched and ready to pounce. Racial prejudice was licking its chops in the corner.

I had been writing diligently, but this woman's editorial feedback was needed before I could proceed further. Week after week I would drive an hour and a half each way to meet with her, and many times she would admit that she hadn't read the chapters I had submitted. On several occasions she failed to show up for our appointments, and no apologies were ever offered. 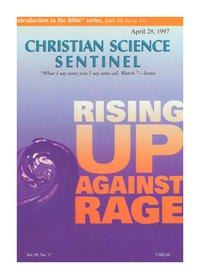