with contributions from Lorita B. Williams

"If you're black, without a degree, coming out of the inner city, you won't get very far." Lorita B. Williams remembers well all those stereotypes placed on her. Her career, however, has ended up paralleling her spiritual development. Through spiritual growth, Lorita says, she has "torn down all those barriers." Her first step out of the unskilled labor force was as a computer data entry worker. Today she is a global program director for a major computer company, an international assignment. In the following interview, Lorita talks with the Sentinel about what enabled her to break through limiting perceptions about her identity.

Lorita, you've gone quite a distance since you were a sixteen-year-old living alone in an apartment and working two jobs—at a book bindery and a doughnut shop—to where you are today as an executive for a large corporation. As an African-American, how did you think of your color at the beginning of that journey? 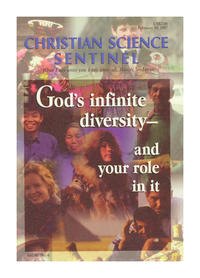