Some years ago while driving to the East Coast, I stopped to...

Some years ago while driving to the East Coast, I stopped to see some friends, and while there lifted something quite heavy. I felt a strain in my back, but more or less ignored it so as not to upset anyone. Then I continued driving for several days.

The strain persisted, and shortly after I returned home my whole leg became extremely sensitive and painful. I was forced into bed, where I was confined for several weeks. I was later to conclude that I had sciatica; but at the time I struggled with fears that it was one of any number of serious or malignant conditions. 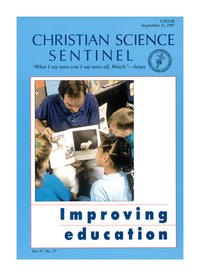