True spirituality in a new age

In England last winter, after visiting the ruins of an ancient abbey dating from the twelfth century A.D., my wife and I took a short walk through the streets of Glastonbury proper. I was surprised to come suddenly upon one shop after another offering esoteric readings and merchandise, as well as various "spiritual" healing therapies. I learned that the area had become a leading New Age center. And perhaps I shouldn't have been surprised by all the activity, since Glastonbury is also, myth tells us, the magical site where Joseph of Arimathea once safely brought the Holy Grail and where King Arthur and Queen Guinevere reigned on the Isle of Avalon.

A few months later I saw an item from our own local newspaper in a small town outside Boston. The paper often features notices of "psi" (psychic) symposiums that are regularly offered by one of the community's oldest churches. A visiting lecturer from the faculty of a British spiritualist college would be speaking that week on the topic "Spirituality for a New Century." The talk was to be followed by a "demonstration of mediumship and spirit communication among the members of the audience." The newspaper article noted the speaker's "extensive experience" as well as his "spiritual knowledge of mediumship, meditation and the aura." 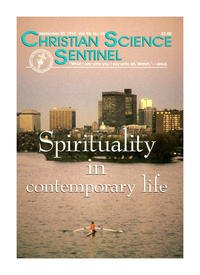