4 | Windows on the original text

Using the King James Version as one's basic tool for Bible study is something like choosing a famous house, built long ago, to live in. You can get help where you need it from modern technology. But the structure itself, with its rough-cut beams and solid masonry, is priceless to you from the start. And as you live with your old house awhile you discover the value of other features— features that a modern builder doesn't even try to duplicate.

Not all the unique features of the KJV are a matter of age. The KJ translators were heirs to the spirit as well as the translation efforts of workers like John Wycliffe and William Tyndale—people who had been willing to give their lives that English men and women might know God's law for themselves. For a comprehensive view see F. F. Bruce, The English Bible: A History of Translations (Oxford University Press, 1970) Though the Word, for these pioneers, was far beyond the words of ancient Scripture, the words were reverenced too. That is why we have the italics in the KJV. They have nothing to do with emphasis but indicate cases where words not explicit in the Hebrew or Greek have been supplied by the translators. Of course, this use of italics was a matter of judgment and can't be expected to indicate every expansion of thought felt natural by the KJ translators. 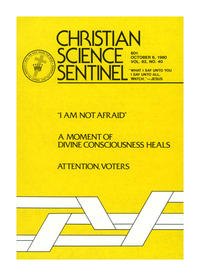