The Media and Today's Parent

Many books are written and reports compiled on the effect that the mass communications media have upon humanity. The first printing press set up in the mid-fifteenth century revolutionized society by bringing the written word nearer to the average citizen who previously had scarcely any prospect of reading a book —even the Bible. Since then, communication has so increased that the world now seems to be a global neighborhood in which everyone knows the business of everyone else.

Certainly there has never been an era when information and ideas, both good and bad, have been so instantly available—when the world has been better educated, better informed. But at the same time there has never been an era when it has been so bombarded with the aggressive suggestions of violence, degradation, the glorification of sensuality, and the false belief that physicality is of primary importance. 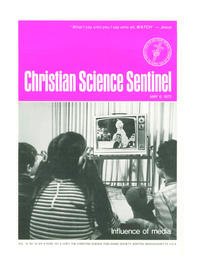