In the report of the interstate commerce commission, just made public, the charge is advanced and arguments are set forth to show that under the ruling of the commerce court in the so-called "inter-Rocky mountain cases" the intent of Congress in extending the powers of the commission has been thrown to the ground, and it is intimated in no uncertain terms that efficient regulation of railroad rates and the power to prevent discriminations is at stake. The commission declares: "A railroad policy of rate-making must certainly be subject to the limitations of the law, or else there is no law. To say that the railroads may, to any extent they please, carry out a policy of blanketing the country for the benefit of the farther and not the nearer points, is to say that a railroad may, without restraint, effect a ruinous discrimination, and give no justification save its own determination or whim." If this ruling holds, the argument concludes, "there can be no regulation of rates in this country."

With the first bulletin, which has just been issued by the American Game Protective and Propagation Association, comes the announcement that it has been decided to put out similar pamphlets at frequent intervals. The first booklet speaks of the conditions out of which the association grew, and sets forth the general policy of the organization. It comes out in favor of federal legislation to protect migratory wild fowl; modern forestry methods and the establishment of game refuges; stocking the waters with game and food fish and the enforcement of laws designed to protect them; protective laws and laws encouraging game propagation along lines which shall be for the benefit of all sportsmen, the poor as well as the rich; hunters' license and bag limit law; absolute protection for insectivorous birds; prohibition of the sale of native wild game; and all measures calculated to preserve, protect, or increase the game supply. 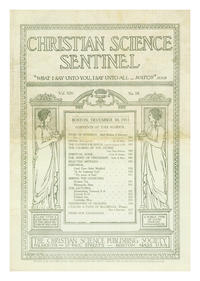