There are ready for shipment to the Philippine Islands 2,500,000 pesos, coined at the Philadelphia Mint. On March 2 the Act of Congress providing for the coining of money for the Philippine Islands became operative, and orders were at once sent to the San Francisco and Philadelphia mints to prepare to hurry the work of coining the pesos. The coinage in this case is equal to the minting of the same number of American dollars, and it has required the handling on an average of 100,000 pesos daily. During this time the mint also added to the Philippine coinage 9,100,000 pieces of bronze, valued at $91,-000, and 3,600,000 nickels, valued at $180,000.

Judge Grosscup last week entered an order in the United States Circuit Court of Appeals at Chicago enjoining six railroad companies from discriminating against small shippers in the Western terriotry. The decision is especially important as being the first under the new Elkins law. The ruling applies to fourteen railroads, six of them defendants in the United States District Court at Chicago, the others under the jurisdiction of the United States Court at Kansas City. Judge Grosscup announced that Judge Phillips of Kansas City would render a like decision. 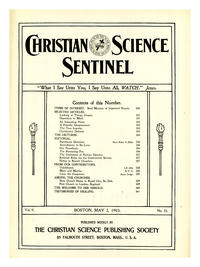