with contributions from M. A. Cornelius

American brains, American enterprise, and American mechanics are now engaged in erecting in India one of the highest bridges, if it is not the highest bridge, in use by any railroad in the world, says the Philadelphia Telegraph. To America and the country's great iron and steel industry, this contract is much more important than was the Atbara bridge in Egypt, of which one reads so much. The awarding of the contract for the building of the bridge to an American firm over English competitors is but another instance of the superiority and skill of the American workman over his European competitor. Innumerable difficulties had to be overcome by the American contractors for the work, but the firm which was awarded the contract was able to guarantee the work completed in less than half the time wanted by the English bridge builders.

Some time ago the British government invited proposals for the building of a viaduct across the Gokteik Gorge, in Burmah, India, located about eighty miles east of Mandalay, which latter place has been made famous by Rudyard Kipling in one of his poems. The bridge site is one hundred and fifty miles inland from the principal seaport of Burmah, known as Rangoon. Among the firms which submitted bids was the Pennsylvania Steel Company, whose works are located at Steelton, Pa. Chiefly for the reason that this company agreed to complete the work in such a brief space of time, was the contract given to the company, and work begun. 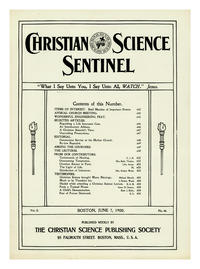