The Council of the so-called Provisional Government of the Republic of Cuba, has issued a manifesto to the Cuban people, with an order to the military commanders of the Cuban army, both of which have been promulgated. The manifesto proceeds in part as follows:—

"Though the principal object of our revolution has been obtained—that is, the destruction of Spanish domination—the work of this council is not yet at an end; for the Cuban Republic—the ideal for which we have fought—has not yet been constituted. Now that hostilities have ceased and Spain has renounced her sovereignty, it is the duty of this council to set before the Cuban people the feelings and purposes of the men who made the revolution. 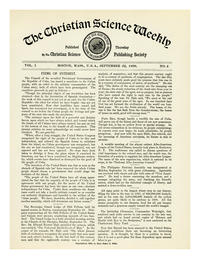