After my puppy, Rocky, was given a series of vaccinations required by my dog groomer, he became very ill. The ball of fur that had daily barreled through my house could not even lift his head.

I took him back to the veterinarian that had given the shots, and learned that the vaccine meant to prevent parvo, a canine disease, had been contaminated and had in fact given my dog a serious case of the disease. The vet explained that there was no medical treatment or cure for parvo, but he promised to keep Rocky hydrated while monitoring his condition. He refused to let me take Rocky home because of the contagious nature of the disease and informed me of the strong possibility that my beloved pup would not survive. He told me that it would take several days to determine whether Rocky would make it. 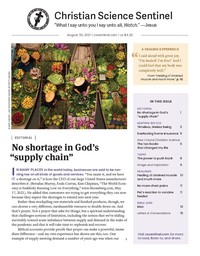