More than a year ago, just as the pandemic began in the area where I live, I woke up one night with all the symptoms. It didn’t make any sense to me because I had lost my fear of so-called contagious diseases such as the flu years ago.

The fear had left one day when I was at a local market, surrounded by signs advertising the arrival of flu season and advocating anti-flu shots. It suddenly occurred to me that it was as nonsensical to believe that there was a special season when everyone got sick as it would be for me to believe there was a special season when everybody believed 2+2=5. After that, I was never bothered by the flu. 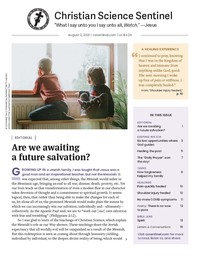