How I prayed about my son’s drug use

I lay in bed, racked by anxiety about my son, whom I had not heard from for a while. My many phone calls and messages had gone unanswered. A few weeks later I was informed that he had been using methamphetamine (popularly known as crystal meth), a highly addictive substance destructive to health and clear thinking that has led to many deaths.

Not only was I deeply concerned about my son’s health, but he had just begun a promising career, and now it appeared in danger of being derailed. But my greatest anguish was simply not being able to be in touch with him. 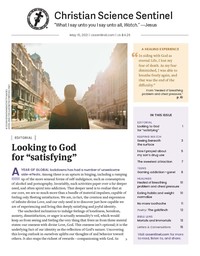