Healed of wounds and anger

One night almost seven years ago, while sleeping soundly, I heard a hiss.

I got up and saw my cat, who was large and rather wild, sitting on the windowsill. Mistakenly thinking I could calm him in that moment, I reached for him and picked him up. He attacked me and began viciously scratching me all over my body, including my face. After a brief struggle, I dropped him on the bed, and kept telling him not to attack me. The wounds were deep, and I was angry! 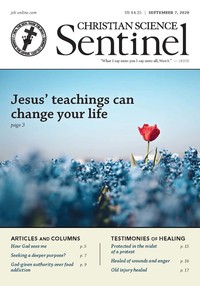