Don’t participate in the dream—awake to reality

First appeared as a Web Original on August 7, 2020

In October of 2017, I was awakened one night at 2:30 a.m. to the sound of neighbors outside talking, and to the smell of smoke both inside and outside of our house. Wildfires were raging in Northern California, and our town was only a few miles from the epicenter of the blazes. Strong winds were blowing, and the fire was spreading, seemingly in every direction just outside our small town.

Due to the rapid spread of the fire and shifting winds, the media were unable to report accurate news of what was going on, who was affected, and what the authorities were doing. The fast-moving destruction caused many of the firefighters and law enforcement personnel to abandon efforts to save homes in favor of saving people, even to the point of driving through the flames to bring people out who otherwise might have perished. 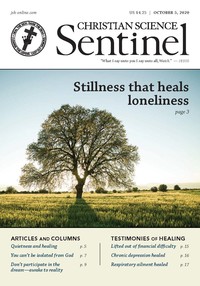