Christian Science is based on universal, divine laws of God, which anyone can practice and apply to their life. When I have been consistent and thorough in my work to understand and apply these divine laws (as Jesus did), this has brought me healing. 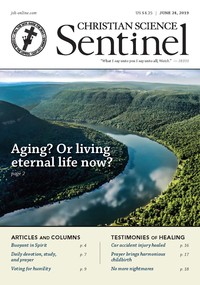