The year of living more honestly

One gauge of humanity’s level of honesty is the Corruption Perceptions Index. This global survey, taken every year by the Berlin-based group Transparency International, ranks countries by reputation for bribery, embezzlement, and similar official vices. In its latest report, TI hints that a trend may be afoot. Last year, more countries improved their scores on corruption than declined.

TI researchers say the reason for the shift may lie in more people demanding accountability, transparency, and fairness in their leaders. Examples have helped. As more countries have moved to end a culture of impunity, other people around the globe have also insisted on integrity in public life. The Internet is an excellent enabler of this trend. But more than that, honesty is its own force multiplier. 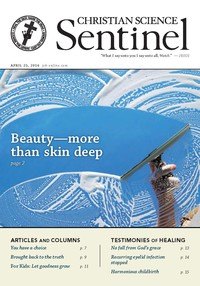