An answer to all our needs: within our reach!

Originally written in French, this article first appeared in the September 2013 French, German, Portuguese, and Spanish editions of The Herald of Christian Science.

One day, as I went to see a friend, I found him with a group of other friends under the shade of a tree. They were discussing with great passion a radio program that they had just heard, and that was about “planning our life.” According to the host of that show, many men and women in my country spend two-thirds of their time looking for a better life without ever finding it. Many have no job and no home and depend on their family, feeling that their life is on a slippery slope, with no security and no hope for tomorrow.

The host of the radio program had therefore invited the younger generation to wake up, adding that if they had the opportunity, people should not hesitate to leave the country and go elsewhere. These words had upset my friends. Many were already thinking about the best way to get out of the country, in hopes of finding a better life abroad. Some were so angry at the idea of being trapped and unable to change their situation that they were ready to resort to violence, if needed, to find a solution. 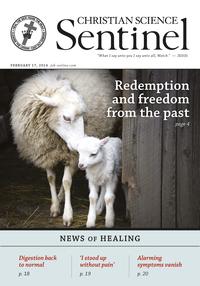