Have we gotten heaven all wrong?

The oft-clichéd Christian notion of heaven—a blissful realm of harp-strumming angels—has remained a fixture of the faith for centuries. Even as arguments will go on as to who will or won’t be “saved,” surveys show that a vast majority of Americans believe that after death their souls will ascend to some kind of celestial resting place.

But scholars on the right and left increasingly say that comforting belief in an afterlife has no basis in the Bible and would have sounded bizarre to Jesus and his early followers. Like modern curators patiently restoring an ancient fresco, scholars have plumbed the New Testament’s Jewish roots to challenge the pervasive cultural belief in an otherworldly paradise. 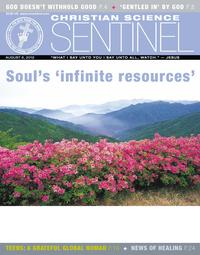