The following was written in support of Church Alive, a focus of The First Church of Christ, Scientist, that explores the meaning and possibilities of awakening to the spiritual basis and impact of Church.&nbsp;

Growing up in Sunday School, I often equated the early Christian church with the Pentecost story in the book of Acts, where all were in one accord (see Acts 1 and 2). Later in attending Bible talks and through my own further Bible study, I realized that the rest of Acts shows the early Christian church as often having to demonstrate being in one accord.

Some disciples felt called to share with the Jews this Christian message of salvation, and other disciples—in particular, Paul—were impelled to preach to the Gentiles. God had endowed both important missions. Yet when they came together, different expectations and thoughts about worship attempted to undermine the stability of the budding church. The disciples brought together two groups that were, according to the tradition of the day, forbidden to associate with one another—let alone eat, worship, and care for one another. 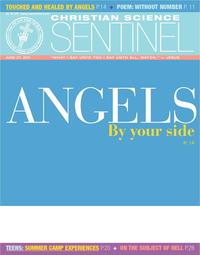