IN CASE you missed the movie 2012, it's been characterized as a modern-day Noah's ark epic, with humans having to start over after a series of cataclysmic events have brought an end to the world as we've known it. In one regard you could say it's yet another doomsday, or endtime, story. But it also ties into a current eschatological concern (pertaining to a "study of the last"), brought on by the final date of the 5,125-year cycle of the Mayan Long Count Calendar. The prophecy says that on December 21 or 23, 2012, transformative events will occur that will reshape the world.

Such prophecies are not new, of course. You find similar themes in many religious traditions, for instance in the books of Daniel and Revelation in the Bible and the sayings of Muhammad in Islamic teaching, as well as in some philosophical theories (notably from Hegel, Kant, and Saint Augustine). If we were to look at this in simply a literal context, we might say, "So what? These prophecies have come and gone, and we're still here." But is there another way of thinking through this endtime concept that might prove practical in terms of spiritual understanding? 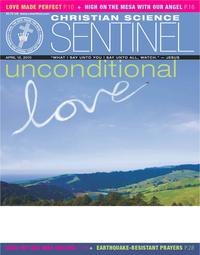