I suffered from insomnia ever since I was a child. As the years passed, the problem became more acute. When I became an adult and had my daughter, I went to a doctor who prescribed some pills that allowed me to sleep for a very few hours. Soon the situation grew worse, until I would be awake and unable to sleep for two or three days at a time.

I became acquainted with Christian Science 12 years ago through a copy of El Heraldo that someone gave me. It was all a revelation to me. I had always thought that God could not be limited by anything material, and when I began to read Science and Health, I met a God I had not known. This God was my Creator, Spirit, the only power, the only Mind, and, what's more, the only healer. 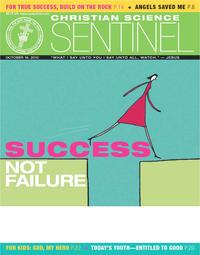