IS THERE EVER AN UPSIDE TO HURRICANES?

NOT IF YOU'RE IN THE PATH of destruction. Not if its full force is hurtling toward someone pinned down and unable to escape. Not for anyone caught in that nightmare—like citizens of Haiti, who have seen their country devastated by four hurricanes; like residents of New Orleans and the US Gulf Coast who held their breaths as Gustav approached, and those who recently braced for Hurricane Ike in Cuba and Texas. For those people and others, such a question must sound almost obscene.

But, could there ever be an upside? It's hard to step back and consider the big picture when headlines actively forecast tragedy. But try for a moment to consider this: What if, in contrast to the wreckage and devastation, something positive, even necessary, was also occurring? 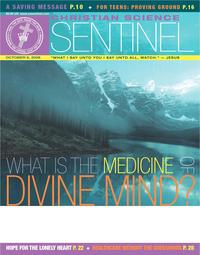