Where was God during apartheid?

AS A CHILD, growing up in South Africa, I found it incomprehensible that normal, sensible people could support the system of apartheid, which was so obviously evil. I remember clearly the general elections that were held when I was eight years old. My parents supported the only legal political party that was in favor of abolishing apartheid.

In my childlike innocence, I was convinced that—despite 40 years of history showing the contrary—this year a new ruling party would be voted into power, and apartheid would be abolished. A system that separated people based on skin color could not last. I was convinced.

Verity Sell is enjoying her career in retail and publishing. She lives in Massachusetts. 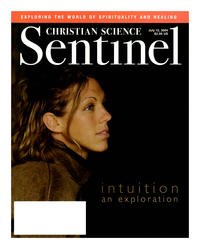