"While most churches tend to be empty on any given Sunday in Western Europe, the Bible is doing surprisingly well, at least in some parts of the continent. German church leaders expressed delight over the finding by ZDF, a national television network, that the Bible is the second most popular book in their country. Only John Ronald Reuel Tolkien's Lord of the Rings is valued more highly, according to the survey, in which 250,000 viewers participated....

" 'Scripture is considered a national cultural treasure,' acknowledged Ralf Thomas Mueller, spokesman for the German Bible Society. "This is primarily due to the role of Martin Luther's Bible translation, called Lutherbibel, as the very foundation of Germany's literature and culture.' 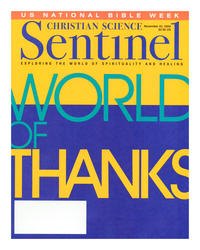