A couple of days before the fighting began, I heard a young soldier on the radio. He was stationed in Kuwait and said that he and his cohorts didn't feel much support from home in the US. They were aware of all the antiwar protests, and no high-ranking official had visited to give them a pep talk. He was concerned that he was going out to risk his life, and nobody really cared.

As the mom of an 18-year-old daughter (albeit one safely tucked away at college), I had a heart for this young guy's concern. Regardless of whether this war is a good idea, it hurt to think of these soldiers feeling left alone when they were preparing to risk it all. I thought of that interview several times during the next few days, and wished for a way to help. 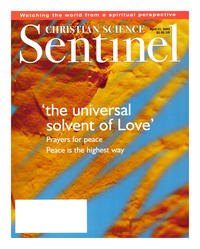