Contrition and the healing of nations

Contrition , even in simple acts, often accelerates humanity's movement toward the healing of modern and ancient hatreds. In this light, recent reports out of Belfast and Cairo are genuine good news.

The Irish Republican Army has apologized for killing and injuring many "non-combatants" in Northern Ireland's long-running conflict. Yet it has also been accused of practicing damage control at a time when Sinn Fein, its political arm, fears elimination from the political process launched by the Good Friday accords. If the IRA's apology had expressed regret only for what is chillingly called "collateral damage," then the charge of crocodile tears might hold real water: But the IRA's statement of public contrition went further. 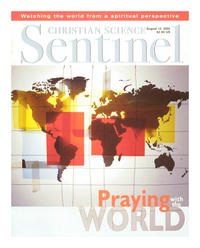