with contributions from Andrew Clements

Andrew Clements, a former school teacher and editor, is the author of more than 50 children's books. His first major book success was the novel Frindle, the tale of a mischievous fifth grader who creates a new word for pen (frindle). It won Children's Choice awards in more than 20 states. In a Sentinel Radio interview, excerpted here, he discussed how he thinks and prays about the creative process. Mr. Clements lives in Westborough, Massachusetts, with his wife and family.

What would you say to a writer—or to anyone who has to come up with fresh ideas—and the ideas just aren't coming? 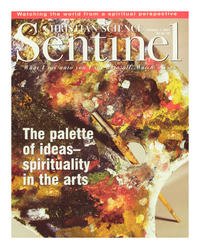