People have varying views about using technology to help married couples have children. Some wonder how much it affects the child. Elizabeth Carr, the first American child who was born through in vitro fertilization, told an interviewer from The New York Times, "I don't know what normal is or isn't. This is what I am. To me it's normal. But I think people still expect me to be somehow different."

But Ian Wilmut, the Scottish scientist who produced "Dolly," the world's first cloned lamb, offers some cautions. Speaking at Northeastern University in Boston, Massachusetts, he said: "There's tremendous emphasis on the rights of ... individuals to reproduce in the way that they want. It's almost an exclusive emphasis on that, actually. Somebody has to ask the question: is this in the interests of the child? My view would be that it is not, and it would go for slightly different reasons for all of [the] suggested applications." 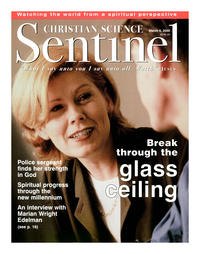