"Think of that: decrepitude an illusion. An invisible fence."

Have you ever seen an invisible fence? Maybe not, but it may be that you've allowed yourself to be fenced in by one.

Let me use this analogy to explain. Many dog owners install an invisible fence to keep their pet on their property or off their furniture or carpets. The device can even be used to train a dog not to bark excessively. A receiver on the pet's collar picks up radio signals from a buried wire that transmits a warning tone, and if the pet strays too far, it receives a mild electrical shock. The pet soon believes there's a barrier that it's not supposed to cross.

(Robert C. Johnson is a columnist for the Sentinel.) 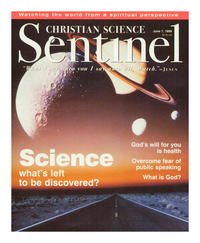